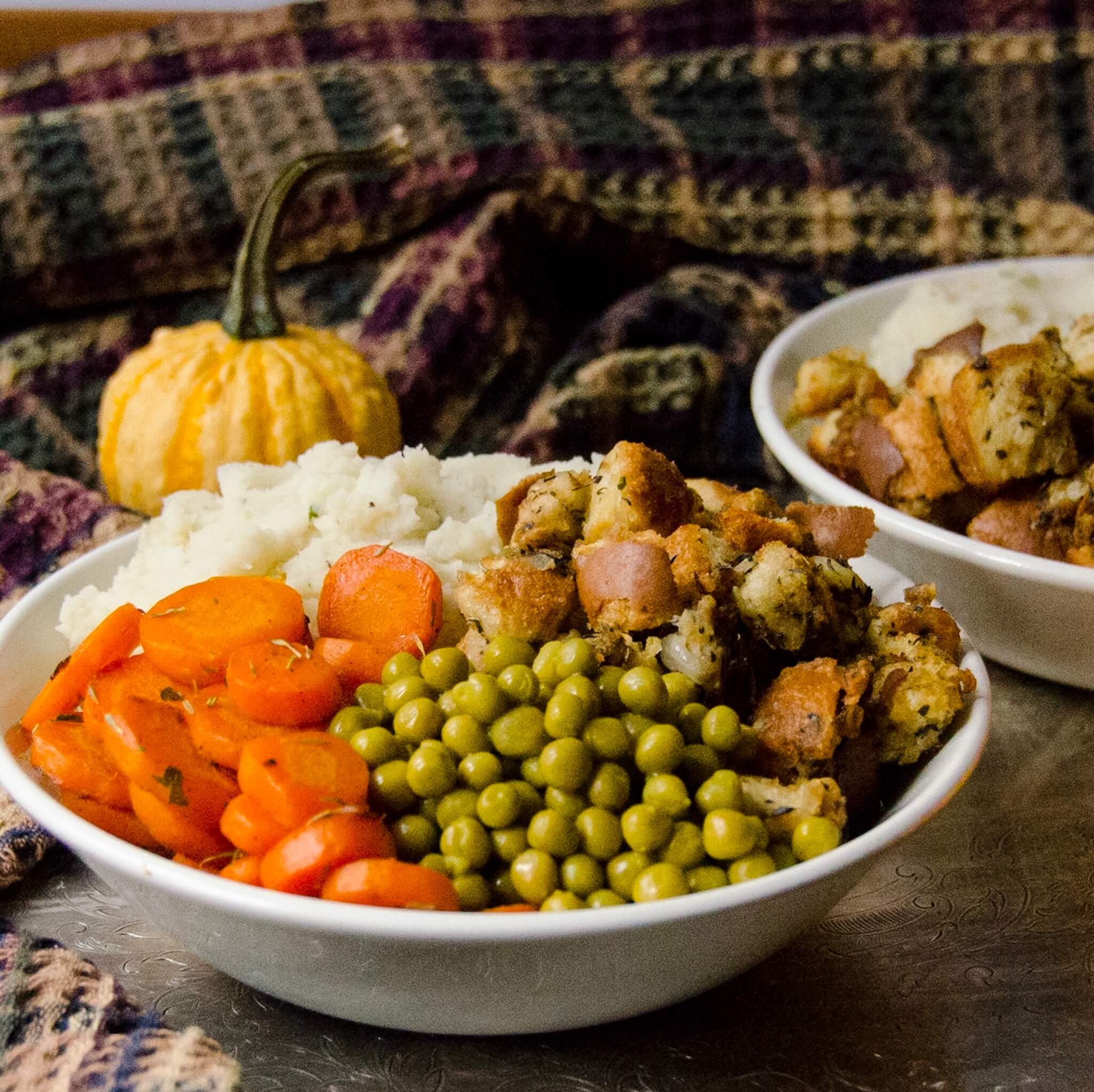 Thanksgiving Dinner is the most festive of all meals. With mashed potatoes, stuffing, maple glazed carrots, and peas, this Thanksgiving dinner bowl will be the highlight of your next holiday meal. Topped with warm brown gravy, this Thanksgiving recipe is super comforting and warm!
Share on pinterest
Share on facebook
Share on twitter
Share on email
Advertisements
Yields2 Servings
Prep Time30 mins
Cook Time1 hr 30 mins
Total Time2 hrs

Bring a large pot of salted water to a boil.

Boil potato chunks for about 15 Minutes, or until very tender. You should be able to break them easily with a fork.

Mash the potatoes with a fork, spatula or potato masher until mostly smooth. I prefer a few chunks in my mashed potatoes.

Set aside for use in the Thanksgiving dinner bowl. Try not to eat them all while you wait.

Chop slices of bread into small cubes. You can stack the slices to make cutting quicker.

Chop about 1/2 an onion into tiny cubes.

Melt butter in a small dish.

Spoon in mashed potatoes a bit at a time. *

Toss well. I like to mix the stuffing by hand to squish it together really well.

Pour stuffing into a non-stick casserole dish. Cover with tinfoil and bake for 60 Minutes at 350. Remove tinfoil for the last 10 minutes of cooking to let it crisp up.

Turn oven off, cover stuffing, and let it sit in the warm oven while you prepare the rest of the Thanksgiving Dinner Bowl.

Steam carrots over medium heat for about 10 Minutes, or until tender.

Melt butter in a frying pan over medium-high heat.

Pour carrots into the pan, then add in maple syrup, rosemary, and thyme. Stir to combine.

Fry the carrots for about 10 Minutes, stirring frequently.

Remove from heat and set aside for use in the Thanksgiving dinner bowl.

Spoon about a cup of garlic mashed potatoes into a bowl.

Fill the rest of the bowl with stuffing, maple glazed carrots, and peas.

The Thanksgiving Dinner Bowl recipe is enough for 2 large servings!

You can store the mashed potatoes in an airtight container in the fridge for 2 – 3 days.

*Try to distribute the mashed potatoes throughout the stuffing evenly so it doesn’t form into one big clump.

Feel free to tweak the spices in both the mashed potatoes and stuffing to your liking. The stuffing, in particular, is kind of a free for all for me. I usually just dump in the spices until it looks right. Don’t be afraid to add more spices than you normally would, this dish is meant to be super flavourful!

My favorite vegan gravy is St. Hubert’s Brown Gravy. It comes in a can pre-made, all you have to do is heat it! 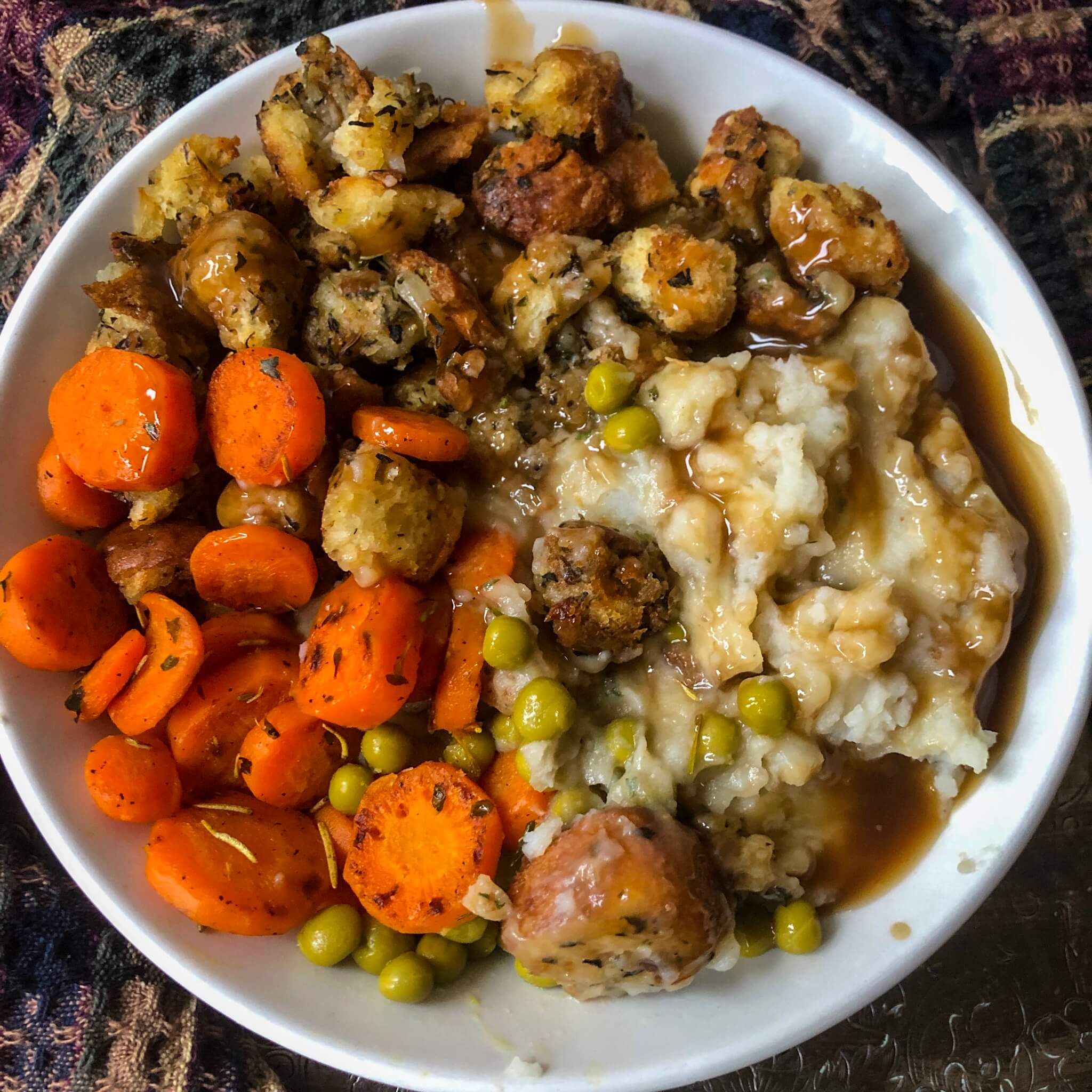 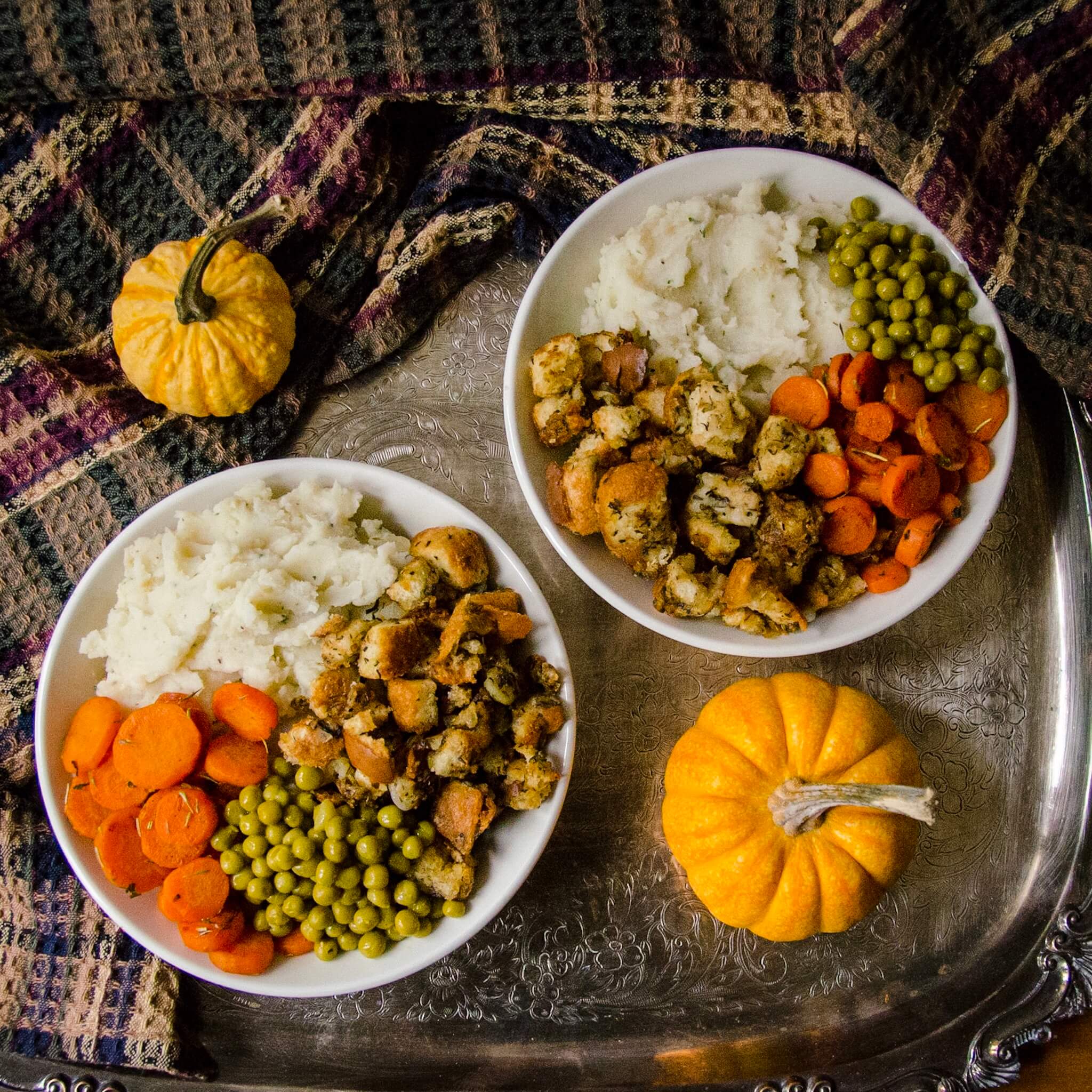 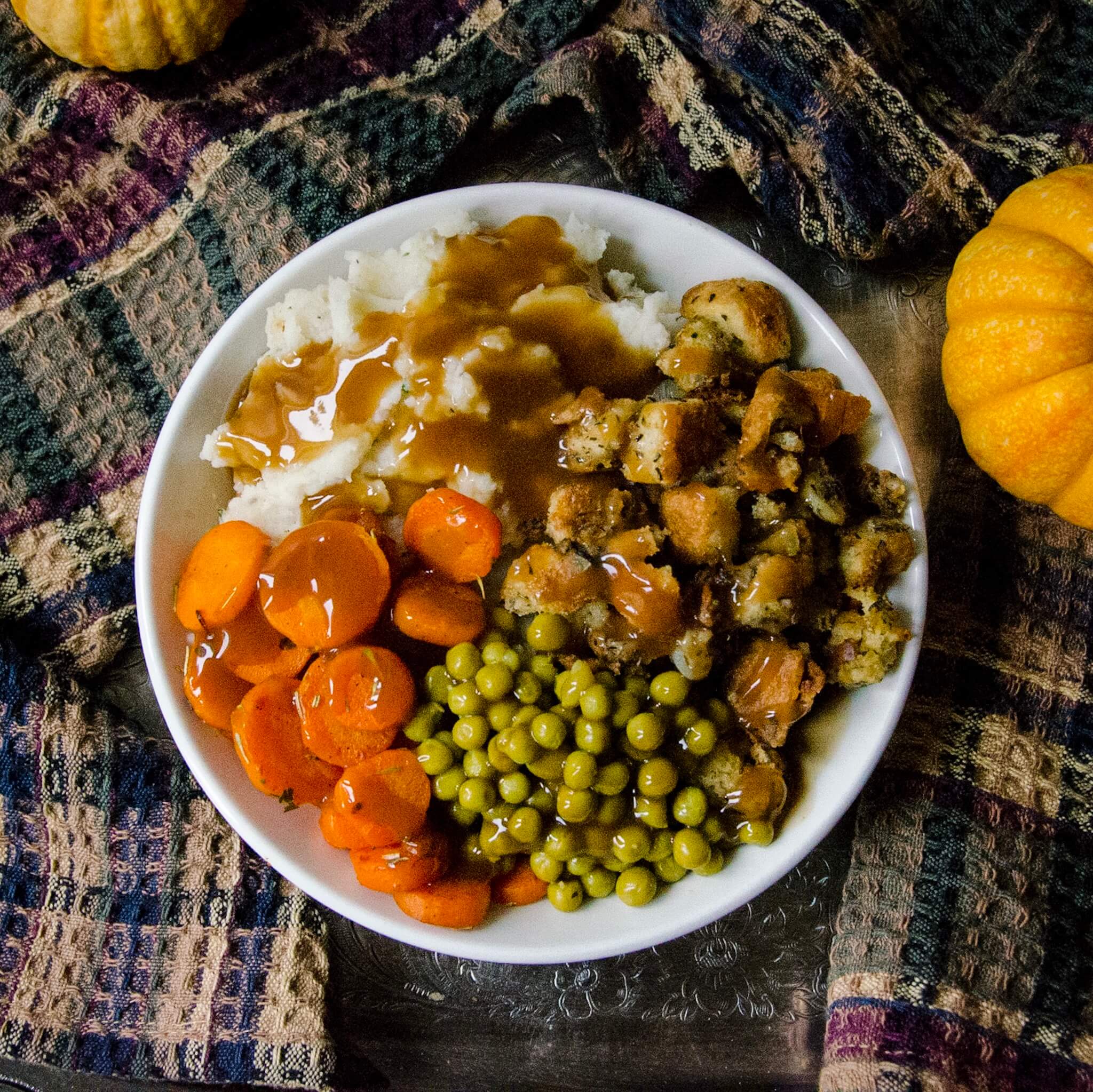 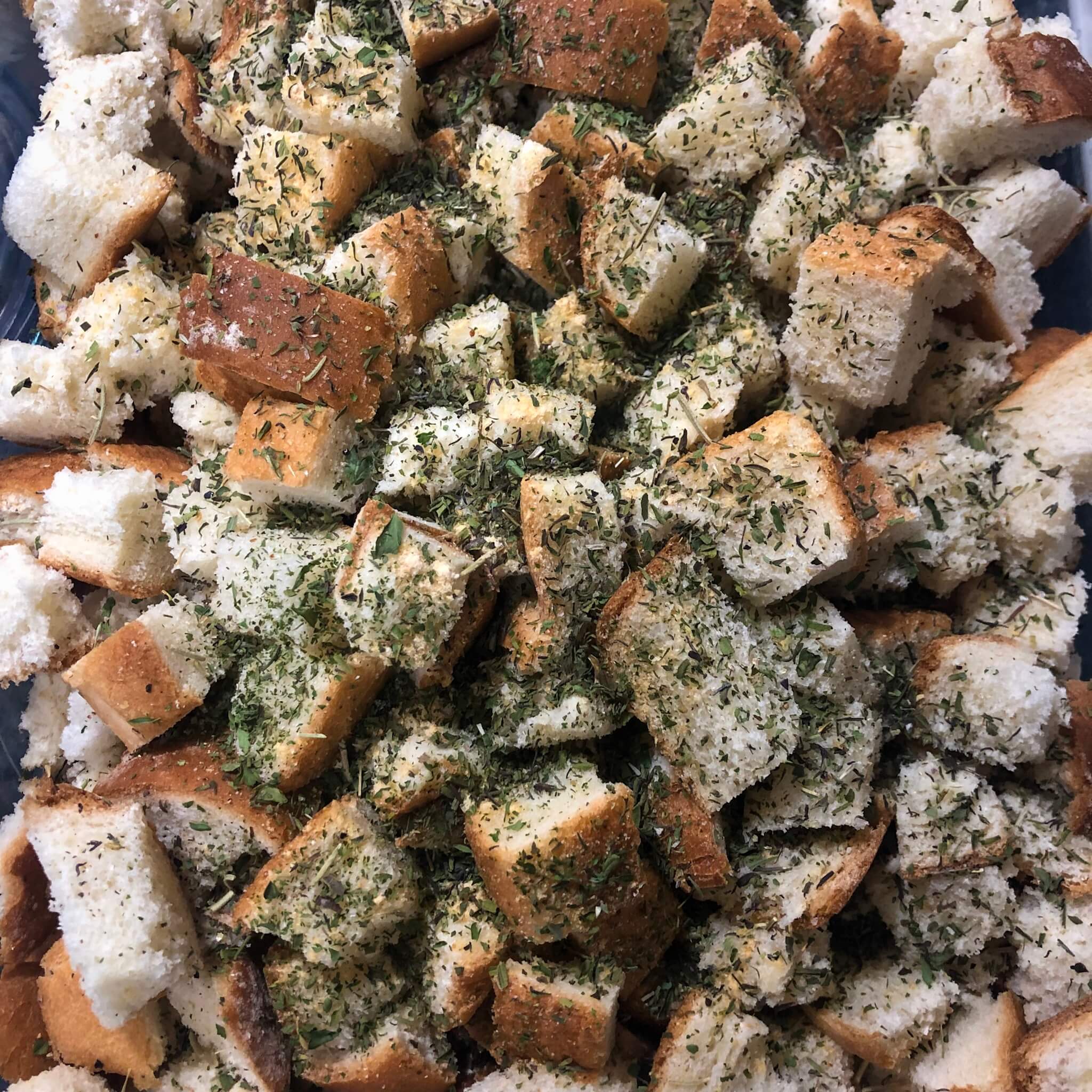 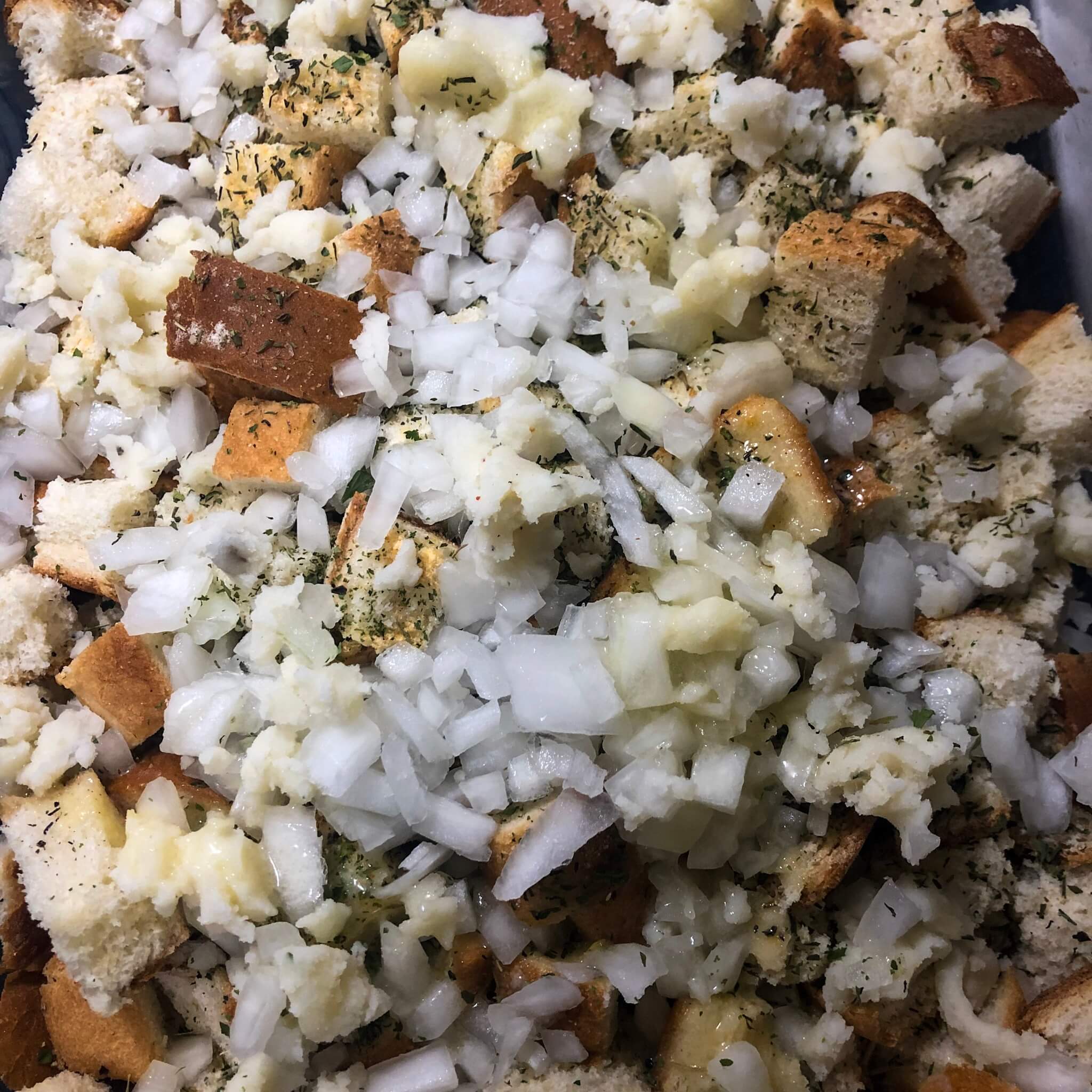 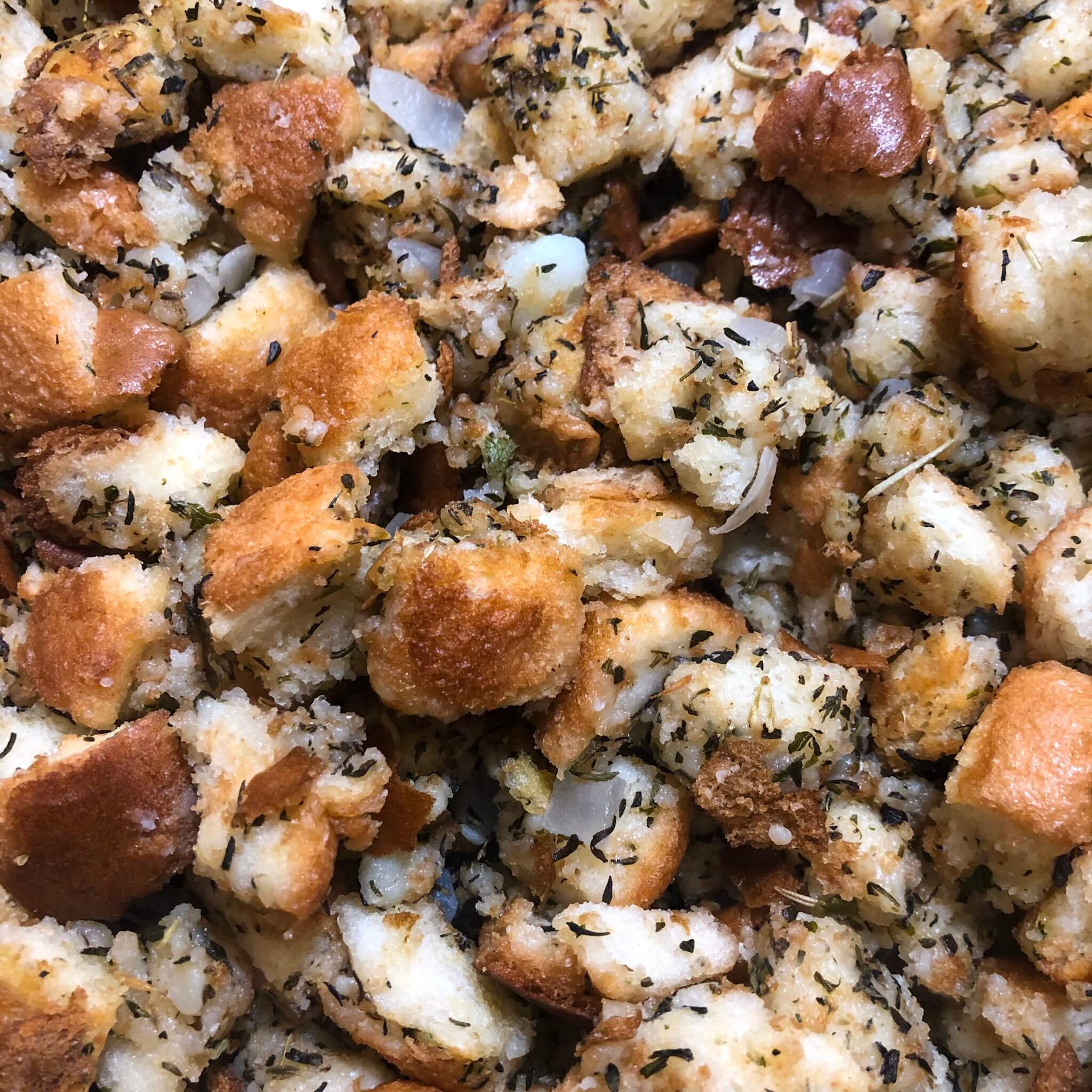 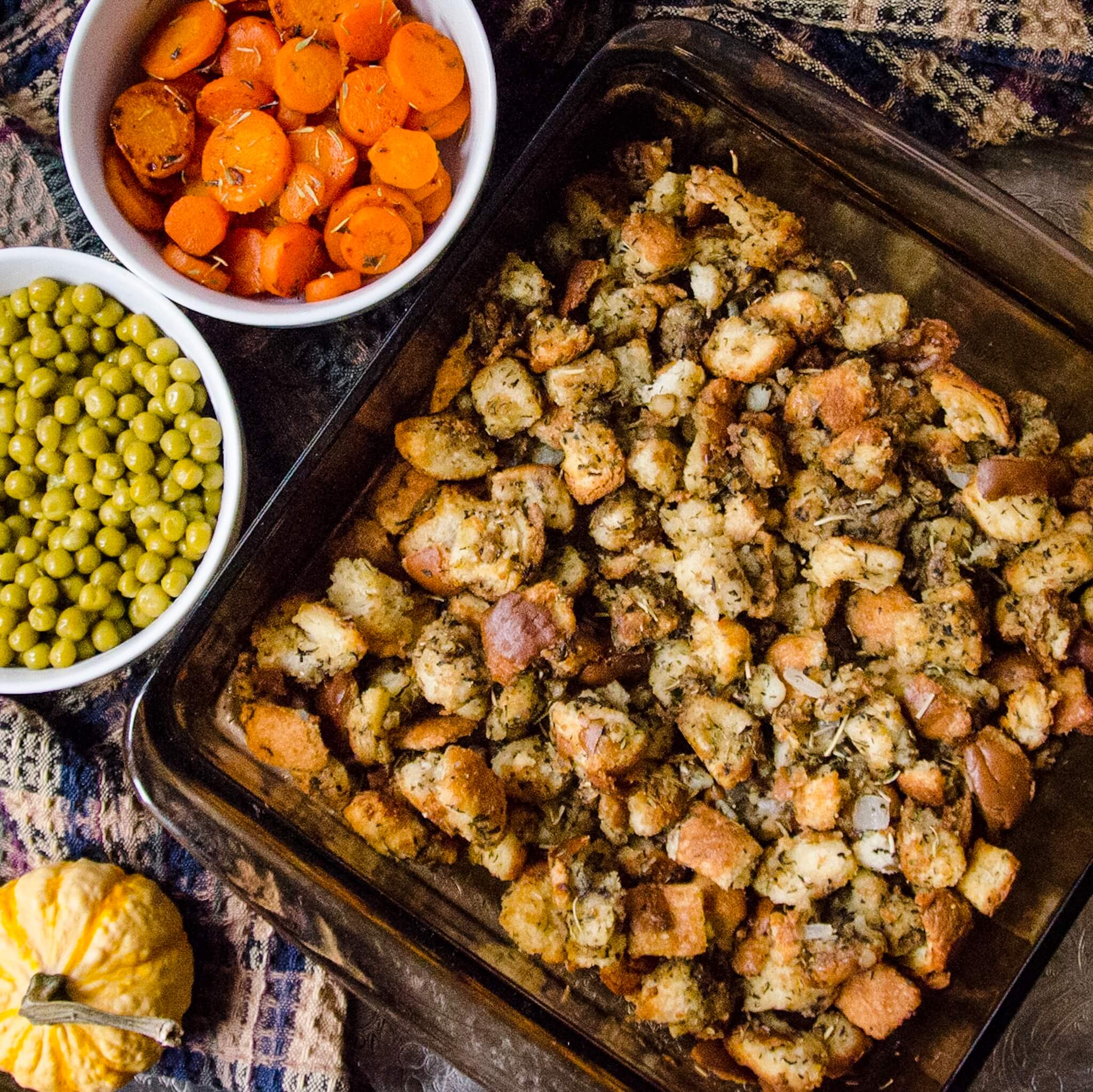 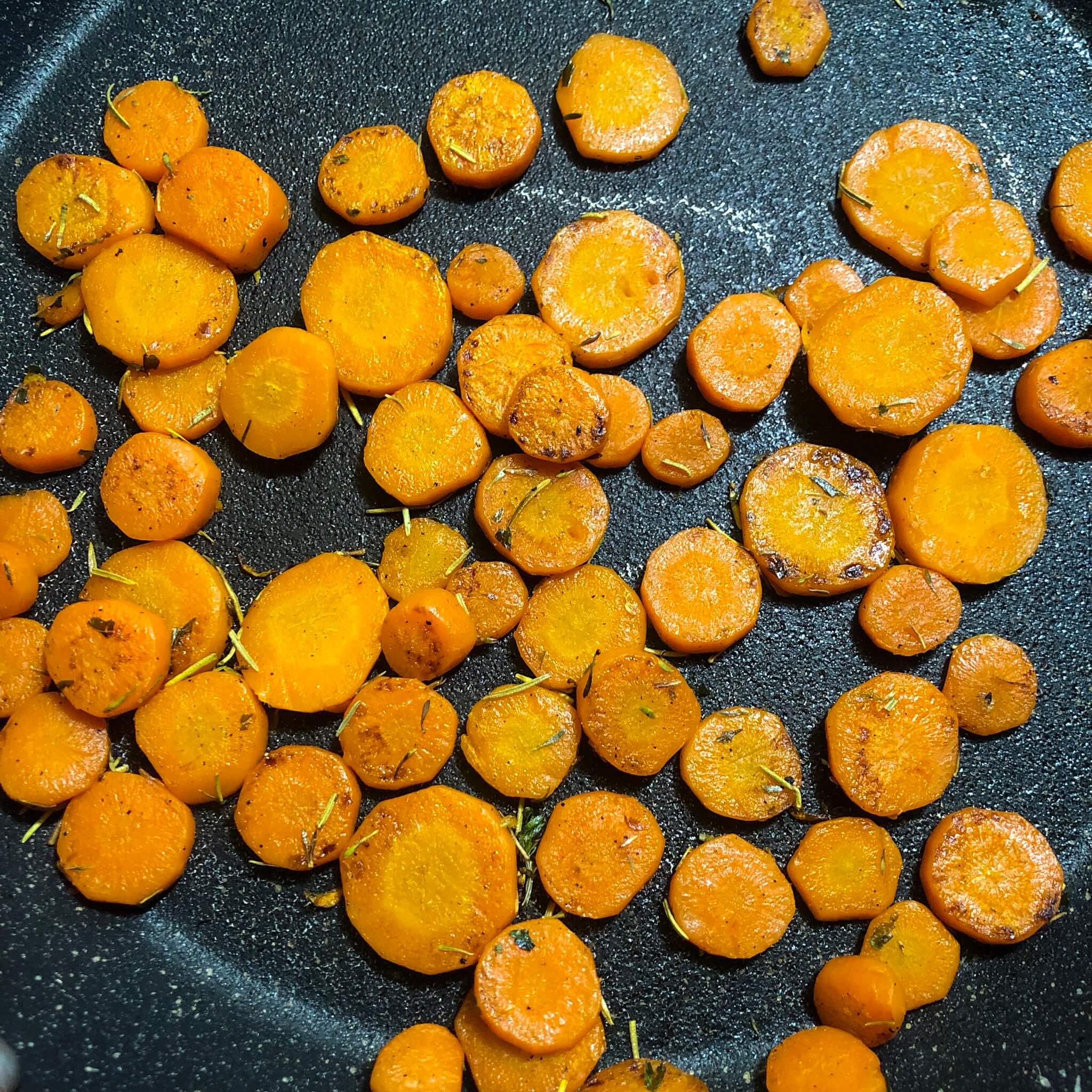 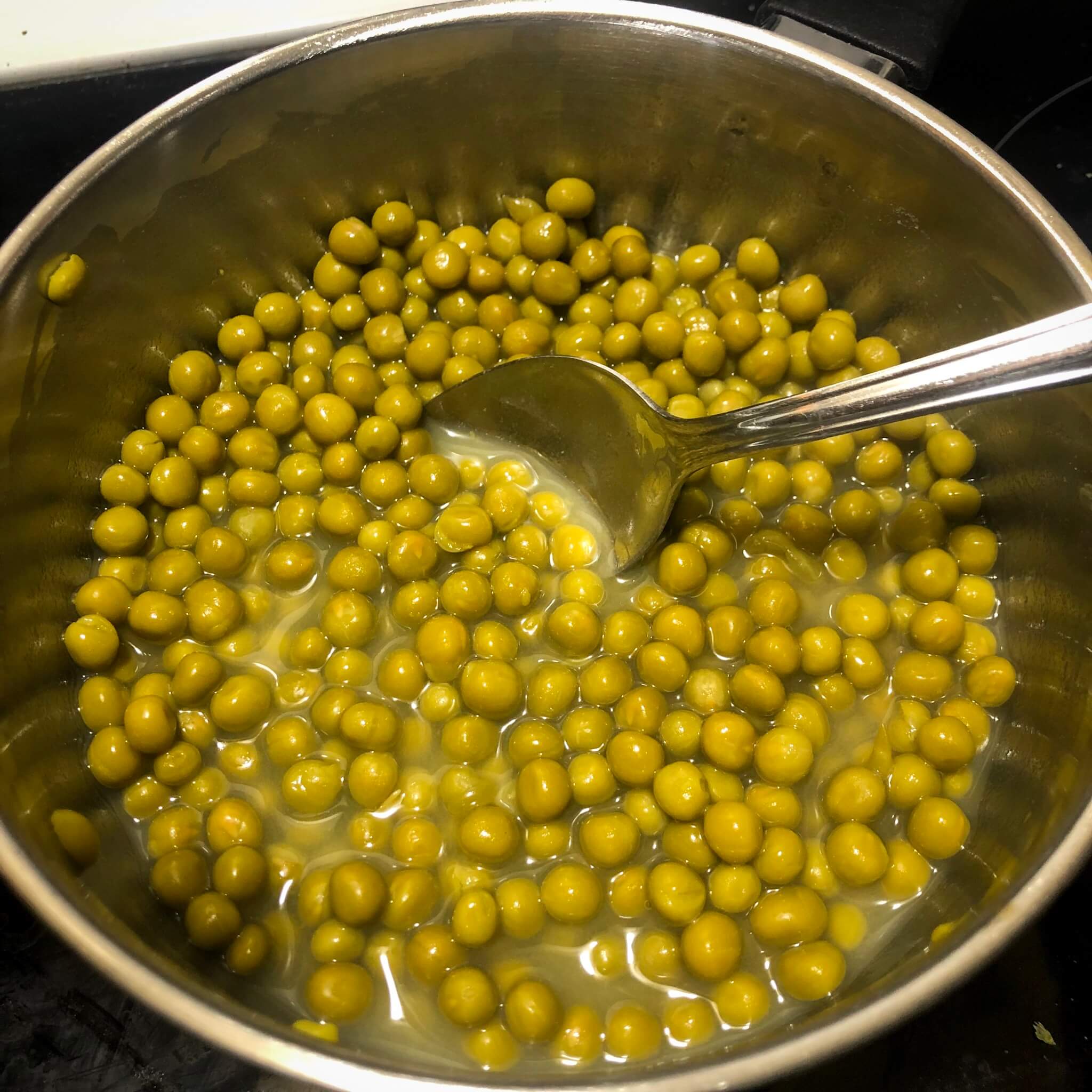 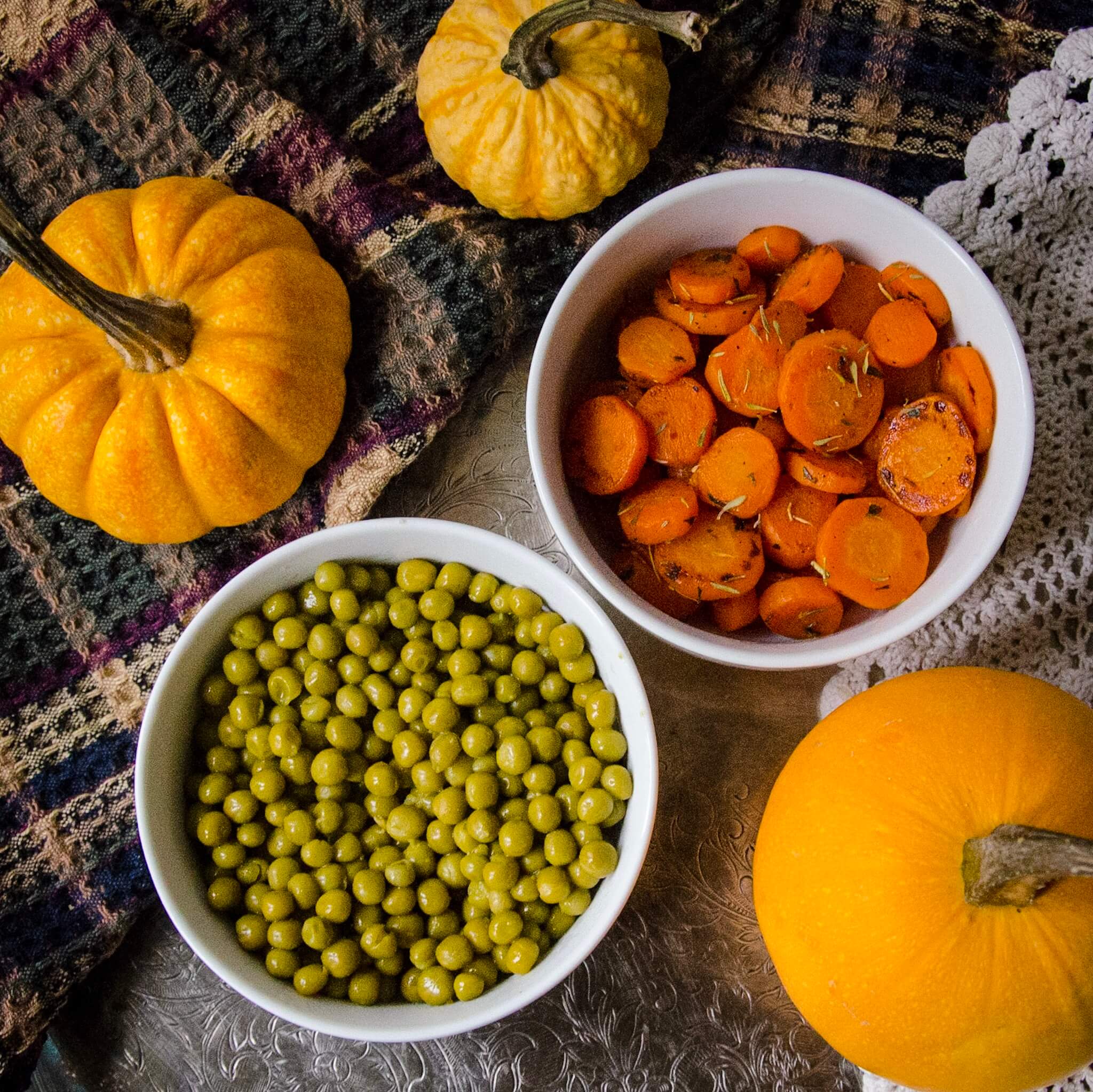 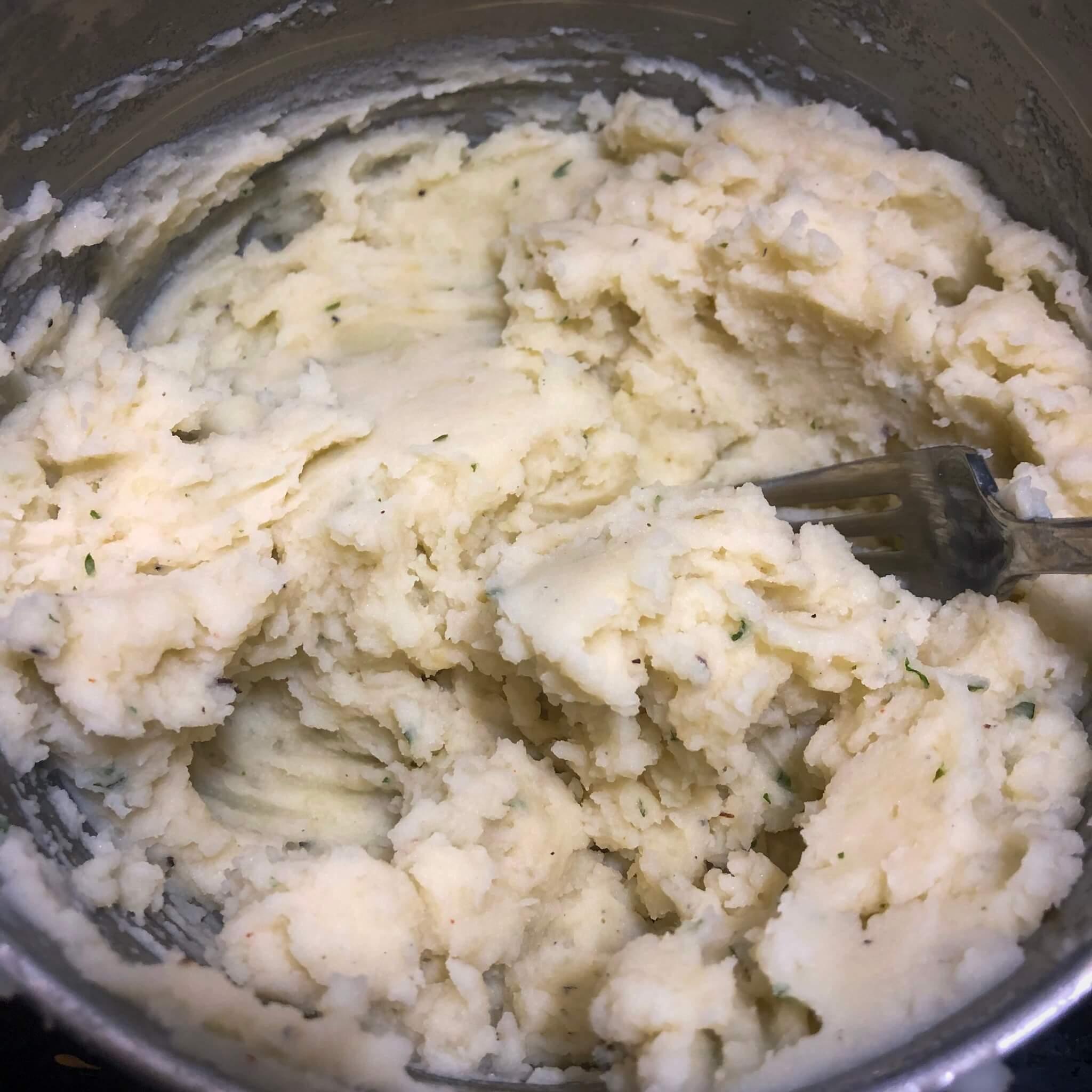 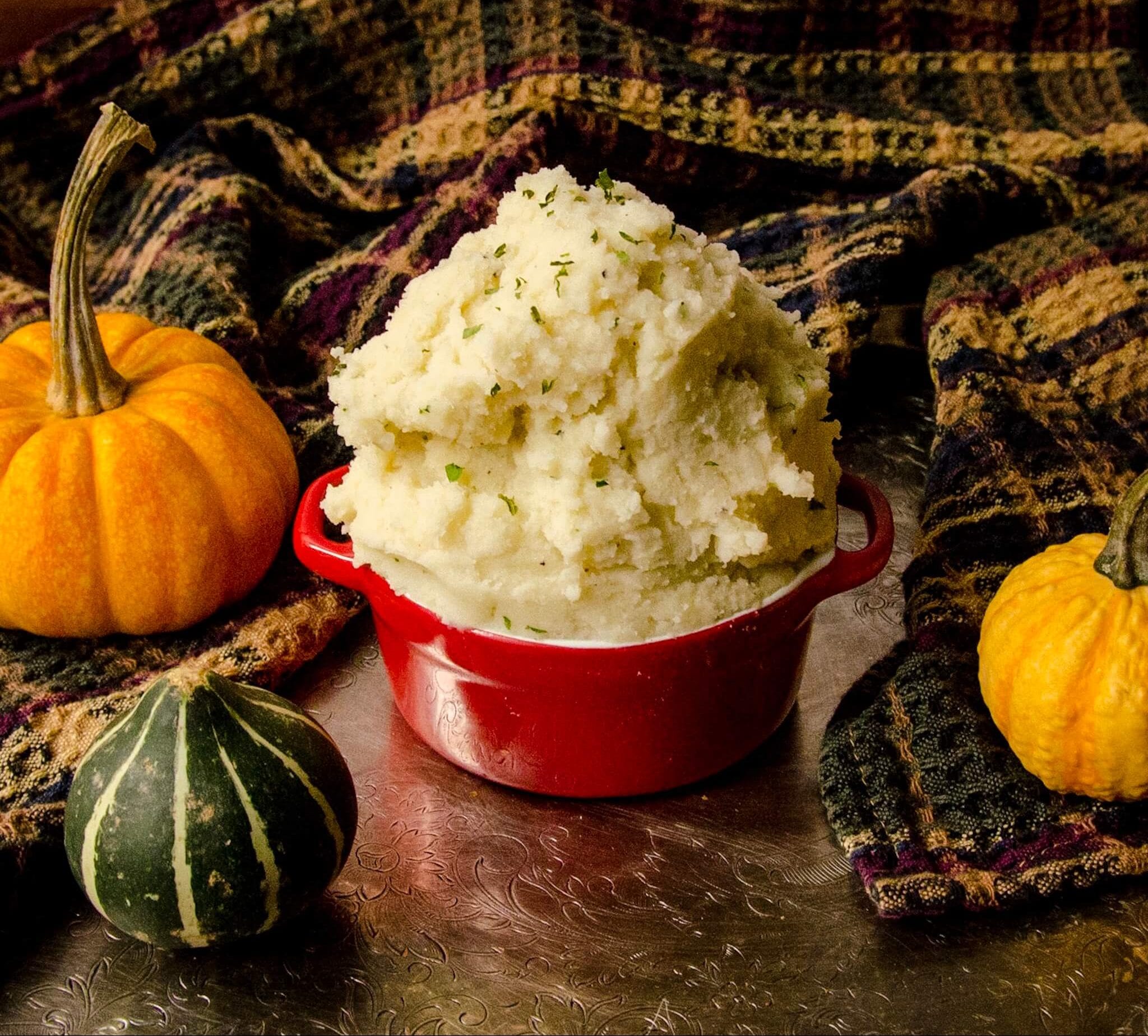